The Westhafen is Berlin's largest port. It is situated in the district of Moabit. It was planned at the beginning of the 20th century and opened in the 1920ies. The harbour is connected to the rivers Spree and Havel via the Westhafen Canal. It is well connected via rail and the city motorway. Most of the harbour cranes were lost during the war. More recently a container bridge crane was added. The industrial complex includes old warehouses, cement storage and the Moabit coal fired power station is also nearby.

I usually pass this place on my way to work and am totally fascinated by the industrial activity on the site. On the site a Vossloh G1700 BB diesel hydraulic locomotive (serial number 5001714) shunts freight cars.

It's a great opportunity to take photos. 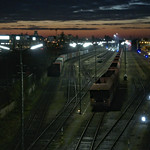 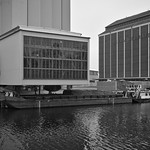 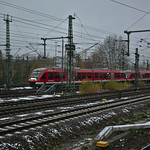 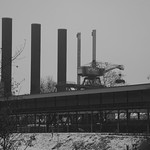 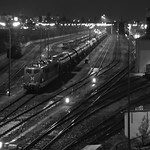 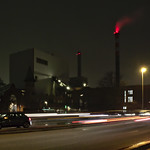 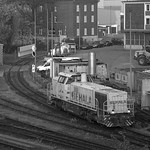 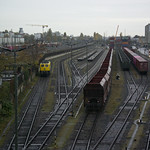 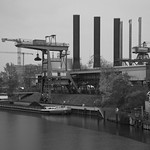 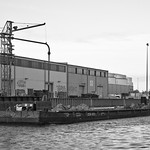 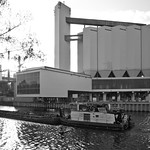 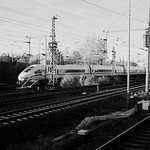 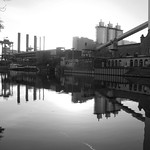 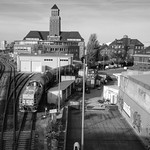 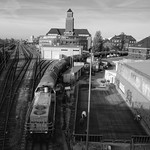 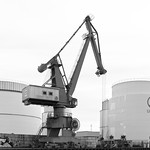 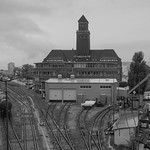 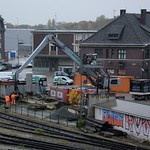 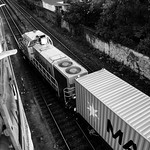 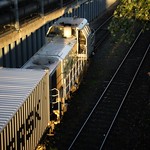 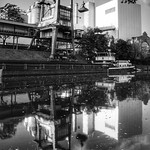 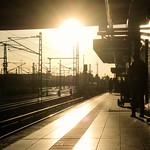 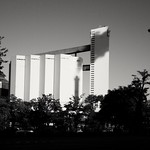 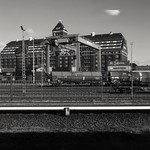 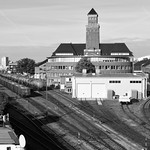 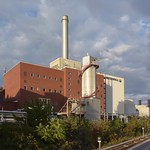 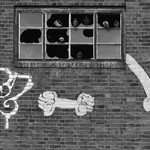 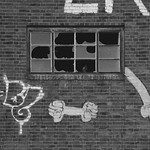